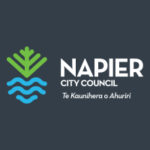 Napier presently has twelve war memorials located throughout the city. Seven of these have inscriptions with names. The roll of honour for each memorial is listed. Some include those who fell as well as those who returned.

The South African War Memorial lists those that served by Contingent. The clock tower was erected in honour of those who fought and fell in fighting.

The city also has other memorials located throughout the region. These include an earthquake memorial and the SANDS Memorial dedicated to children that have died at infancy.

Is this your business?

Claim listing is the best way to manage and protect your business.